‘After a series of announcements by one of Holland’s biggest retailers a new service has been released: simple accounting services for the sole entrepreneur’. For those who live outside The Netherlands there doesn’t ring a bell probably. For the Dutchies themselves it looks like another disruptive initiative by the retailer that in the recent weeks also launched health insurance services and simple notary services. Funny to see how the ‘big guys’, insurance companies, are reacting on it or the notaries themselves. The first statement about the accounting services isn’t true, it could be a logical step although several weeks ago it would have been unlogical. I think that most of us kind of like those initiatives. Companies stepping out of their comfort zone starting to enter completely new industries that have nothing to do with their heritage. Wouldn’t be the 1st time that afterwards it appeared to be the ingestion of something big. 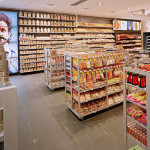 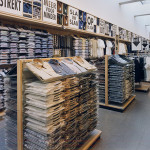 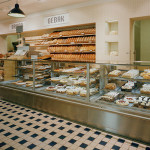 The Netherlands and health care services has always been an exciting area. Heavily financed by the government first and more and more the insurance companies were strived to stand on their own. The government still keeps a very close eye on it, basic health care services are mandatory for every Dutch citizen and the big insurance companies need to offer the lowest price they can. We Dutchies were always making ‘jokes’ about the AmericansMore room is given to the market meaning insurance companies deal with hospitals and other health care institutes to purchase and buy utmost efficient against the lowest prices possible. It looks like Obama care but then somewhat further developed. We Dutchies were always making ‘jokes’ about the Americans, if you got injured as an American citizen on the street people won’t look at you unless you were insured. In The Netherlands this simply will never happen. We are a very caring nation making sure that some basic requirements to have a normal life are attainable for every citizen regardless income, job or status.

As every company should do, always look for new opportunities that might be the success for tomorrow. I remember that Samsung was the first vendor stepping into the mobile Android operating system years ago and look what they’ve become: the biggest smartphone manufacturer in the world. I still remember the commercials also in my teenage years of Samsung, not likable with hardware you wouldn’t want to be seen with. HEMA does the same and so they launched their notary and health insurance services. If it is a success? I don’t know but the exposure and free publicity they get out of it just by launching the services is of great value. Many discussions going on by industry professionals, fans and opponents having opinions or putting question marks how such low prices are possible. Than the quality of the services will probably be very poor.

I do like these brave actions and most of them will fail, but every now and than a rising star will be born. Recently a legal insurance company, DAS, started with offering simple accounting services. Something nobody really expected and also a bit weird knowing their core competences. That is something that intrigues me, HEMA offering services where I do think there is a reasonable chance for them to succeed and DAS with the accounting services that in my opinion won’t succeed. I think it also has to do with the power to execute. HEMA used to run big marketing campaigns and are in full offensive mode. DAS, they are not really used to do these kind of campaigns so it seems it stays a bit under the radar.

Mind your own business

Most of the times things are so big that you can’t even see them.

It is I think a dream of every entrepreneur, being the disruptive. But also for marketers and product marketers, creating a campaign or product that prelude a new era for the company.Than it is about the individuals and their strength not only having a great idea but also the ability to get support and to execute it. An environment that encourages to think out of the box, a team around you where you feel comfortable and feel free to come up with new ideas. An entrepreneurial culture that facilitates great ideas in its full extend. A leader, a CEO that together with his team of executives make this happen. For me personally? I think we need 12-18 months to come up with something within Exact that will bring us that quantum leap. Most of the times things are so big that you can’t even see them. We need some time to see it completely. Why? Its a feeling, intuition and hopefully by that time I am able to explain how we’ve been disruptive.