Although I am a huge Google fan I have to admit that Apple should be considered as the inventor of the ecosystem. Their App Center was the first adopted by many in the industry and used by billions worldwide. A huge success but not only for Apple, especially for App builders who jumped on the back of Apple and also became millionaires. Angry Birds and Instagram are just some examples of it. It introduced some completely new dynamics into the industry that are meanwhile adopted by many in the business to consumer and business to business industry. Salesforce.com claims that nearly 50% of its new business subscriptions is heavily influenced by their App Exchange. Also at Exact we are seriously investing in our ecosystem, being successful by making others successful. But it looks like the inventor of the ecosystem is struggling and is walking into its own pitfall. Is Apple’s history repeating again back in the times that she was not able to further scale?

Their ecosystem platform becomes hugely powerful and Apple in the meantime is walking in its own pitfall.

And the winner is?

So with Google selling Motorola it looks like they are back on track. Shooting for the longtail and not try to compete with their ecosystem partners. Let the ecosystem do its work which will multiply Google’s success dramatically. Eliminating the patent wars between Google and Samsung and let them fight with Apple. In the meantime acquiring companies like Boston Dynamics, DeepMind and Nest to expand their capabilities of the ecosystem platform headed by Andy Rubin (red. the original founder of the company Android). Data is the new currency and Google is gathering more and more. Their ecosystem platform becomes hugely powerful and Apple in the meantime is walking in its own pitfall. I remember times that Apple was trying to license its OS. But they were simply not able to do so. Afraid of loosing their hardware business. Apple’s ability to scale is stuttering and I don’t see the right things happening in order to change. Google in the meantime is learning from its faults and is acting utmost agile. It is even a bit frighting to see how she is conquering the world. Things we watched in movies tens of years ago are really becoming true. Exciting times definitely creating huge opportunities for us, industries countries and economy. New professionals are needed, not only software builders but intelligent people who knows how to handle and analyse data. And Apple, they will probably remain the challenger which definitely has huge function to change the market when the others are becoming too big. 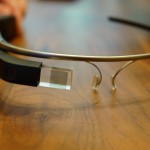 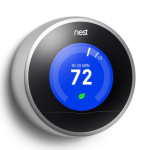 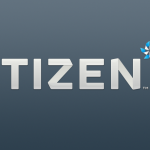