Many reviews are written about the Nexus 6 so won’t go into all kinds of details but just focus on daily use. I have had ALL stock Android smartphones. As of the Nexus models Google really came up to par with the iPhone in my opinion. Also related with the Android OS that made such a good progress during the last couple of years. So until last Thursday I was a very satisfied user of the Nexus 5. On Friday I got my Nexus 6. I also have the Nexus 7 HD tablet and thought about replacing it with a phablet. Well, not really replacing it because I still have it but was curious to see how these devices would work in my daily life in conjunction with each other.

To start with the Nexus 6 has quite a huge screen but you get used to it pretty quickly. On the Nexus 5 you have 4 app icons next to each other, on the Nexus 6 you have 5 an on the Nexus 7 there are 6. So still the Nexus 7 feels much more bigger than the Nexus 6. What I really don’t like at the form factor of the Nexus 6 is the rounded shape of the back. This means that when it lays on the table and you are swiping or clicking on it, the smartphone constantly moves. This is something you won’t think of at all once you start considering buying one, this is find out in daily life. It seems that for me it is a valid user scenario and it really irritates me. 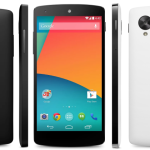 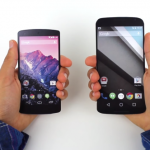 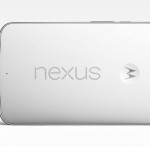 Speed and responsiveness are ok. I have not the idea that it is running faster than the Nexus 5. In some areas I notice but also in some areas it feels like it is a bit slower. Making pictures and starting up the camera takes slightly longer. The audio coming from the two speakers at the front is amazing. Together with the big screen I can imagine watching video on it is working very well.

Apart from the things as described I have to get used to, there is only one thing left which for me is an issue. It is a kind of strange thing and I didn’t find out yet how to solve. In my car I mount my smartphone with the wonder holder. A great wy of mounting your phone with a small magnet on the dash. For some reason when fixed on the dash with that magnet, I can not unlock my Nexus 6. It falls down in sleeping mode instantly and awakes when a message comes in but than falls into sleep right away. I am not sure whether it is a setting which I didn’t find out yet or that it has to do with the magnet. Off course not allowed but still I want to have my phone turned on when mounted on my dash. Digging into Android forums to search for a solution.

For now the Nexus 5 still remains my favorite.

So, will it replace the use of my Nexus 7 tablet? I am not sure to be honest. The Nexus 7 feels like a tablet and the Nexus 6 feels like a big smartphone. Lets wait and see how this will evolve. For now I am satisfied although some small things that annoys me. For now the Nexus 5 still remains my favorite. If you want one you have to act now because this model becomes obsolete. 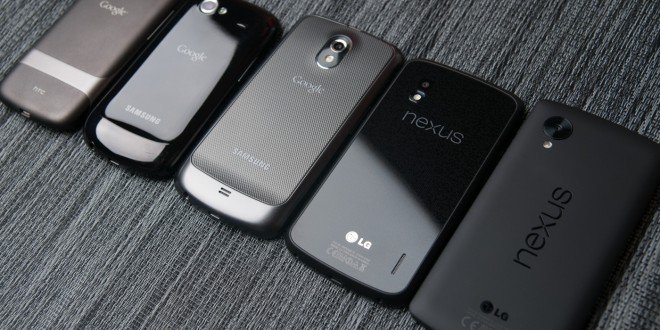