For people who are familiar with me they know I am a huge Android fan. I make sure I always have the latest and greatest stock Android devices which means now the original Nexus devices. Flagship Android products heavily influenced by Google with devices how they supposed to be in the eyes of Google themselves. In contrast to the Samsung Galaxy S-series Nexus devices always get the latest updates first but more important, Samsung always put their own layer on top of Android that I simply do not like that much. Too much elements that extract you from the core of Android. Although in the Google Play store in the US you can buy a Samsung Galay S4 with stock Android on it. Many people are asking me:  ‘Mark, why should I?’. A valid question that is fairly difficult to answer simply because there are too much reasons to do so. You really need to experience Android seeing and feeling the differences and understanding what it really can do for you.

It took a while 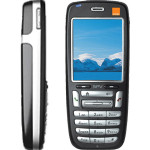 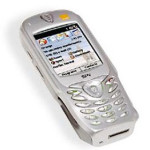 So back in 2009 my Android journey started and during the course of the years Google managed to create the best beloved smartphone in the world today. Many owned devices followed, HTC Hero, Google Nexus One, Google Nexus S, Google Galaxy Nexus (together with Samsung), Google Nexus 4 and now the Google Nexus 5. The Android OS got better and better and now we are on version 4.4 also known as Kitkat. It may be no surprise that the level of seamless integration of Google services and Android is amazing. Think about all the things you use on a regular basis:

A pretty amazing list huh!? And I probably forgot some. Maybe a good exercise for yourself to check which ones you use. And literately every day I am surprised by the way Android operates. Whether it is a new feature I discover or an update for an App that brings in some new features. Google keeps on going in a fast pace. I will write a series of posts to explain many different elements that makes Android unique. In the next post I will share some thoughts about the Google Play Store. Amazing store for Apps, Books, Music and Movies. Still a great surprise and question mark for me why Apple has its iTunes. An old fashioned on-premise heavy client application that needs to be updated frequently. My wife has an iPhone so every now and then I need to configure this iTunes monster. Really a mystery way of work is still accepted by the iPhone community. 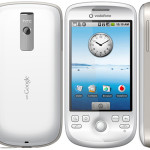 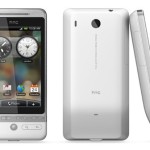 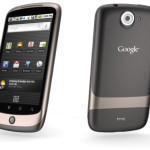 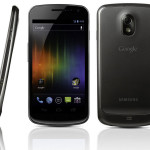 An update released last week was the all new Google Photos App. Another wow moment. This a an area for Google that takes quite some effort to bring multiple apps and initiatives together. Picasa is the place where you can store all your images online and is the app I run on multiple devices. In the last 18 months Google integrated Picasa into Google+ so I now automatically see also all images and videos appearing in my Google+ account. With the latest and greatest Google Photos App they brought it to the next level with some really cool features in it. More and more apps are being integrated with Google+ and ir becomes a very powerful social platform.

Although I am a heavy Twitter, LinkedIn and Facebook user, Google+ slowly takes more of my social time because it is so integrated with all I have and own. Again you really have to experience the apps, the seamless integration but lets just pick out one feature: Auto Awesome. You just pick an album and there the app itself comes up with a suggestion, a selection of images and videos to create an Auto Awesome gallery of it. You can even select a number of images by yourself and than the app will create a short movieclip of it that you can share easily to your social networks. Theme selection is easy, all at your finger tips. An awesome way to share the moments of joy you experienced.

Next time I will write something about the Google Play store and Chromecast.

Next time I will write something about the Google Play store and Chromecast. The way how I manage my devices for many people seems to be new. 100% cloud, all online and fully accessible through the Google Chrome browser. I install and update apps, books and other items on my Nexus devices remotely via my browser. Anyway, I will do a deep dive next time. And if you can’t wait, be friendly to yourself and just start buying your first Nexus 5 or 7. You won’t be disappointed at all!